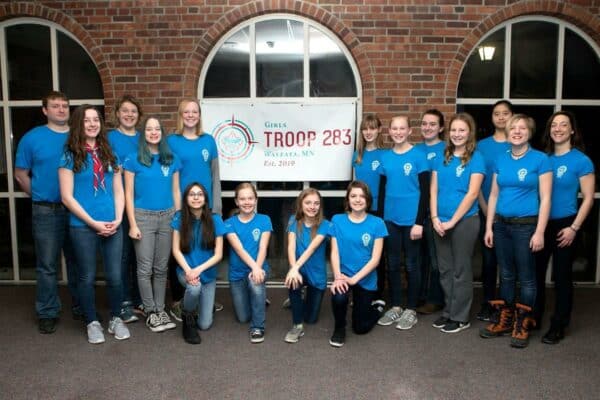 Wayzata Troop 283 has officially welcomed its first group of girls following the Boy Scouts of America’s decision to lift the rule that the youth organization was exclusively for boys. The all-girls troop is led by Scoutmaster Travis Holland and Assistant Scoutmaster Jessi Semann. (Submitted photo)

Wayzata Troop 283 has officially welcomed its first group of girls after the Boy Scouts of America’s decision to lift the rule that the youth organization was exclusively for boys.

Feb. 1 marked the change for the 109-year-old Boy Scouts, which is now called Scouts BSA.

Boys and girls ages 11-17 are welcome to join, all working under the same guidelines and able to work their way up to the top rank of Eagle Scout. Cub Scouts, the organization’s program for younger kids, began allowing girls to join last year.

“It’s kind of an interesting dichotomy to have the oldest troop in Minnesota and now this brand new troop of girls,” said Mike Lawrance, recruitment chair for Troop 283.

Lawrance said 14 girls are part of the first all-girl troop in Wayzata. He and other troop leaders began recruiting in September, primarily from Wayzata Central and West Middle Schools.

And while most of the girls live in Plymouth and Wayzata, Lawrance said the troop is open to anyone who wants to join.

“We would welcome a girl from anywhere to join our troop until maybe a troop forms in her area because they’re not forming everywhere right now,” he said.

Lawrance said while the boys and girls will learn and experience many things together, they will be in two standalone troops. He said this will help ensure that there are ample leadership opportunities for both groups.

“The girls will get the most opportunity for leadership and not have to share that with the boys, which is why the BSA wanted it done this way instead of having co-ed troops,” Lawrance said. 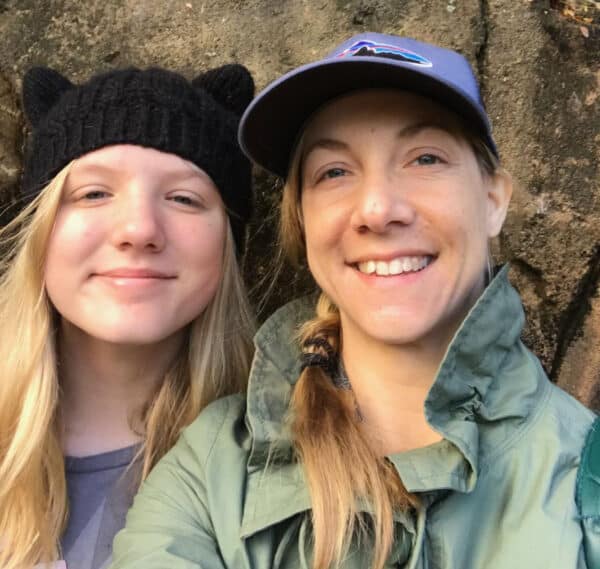 Girls Troop 283 Assistant Scoutmaster Jessi Semann with her 13-year-old daughter Jey Thoennes, who is one of the 14 members of the new troop in Wayzata. (Submitted photo)

Jey Thoennes, a 13-year-old Wayzata West Middle School student who lives in Plymouth, is a member of the inaugural girls’ troop. She said it’s exciting to be part of a new chapter for an organization that’s been around for more than a century in Wayzata.

Thoennes said she decided to join after hearing about the opportunity in September at a troop booth at the James J. Hill Days Festival in downtown Wayzata.

“I did Girl Scouts before, but it didn’t give me the kind of experience that I wanted,” she said. “And I’ve loved camping all my life, so I thought it would be fun.”

And while it’s a long ways out, the young scout said she hopes to one day earn the title of Eagle Scout.

Thoennes’ mom, Jessi Semann, serves as the troop’s assistant scoutmaster. Semann’s significant other, Travis Holland, is the scoutmaster for the troop.

“Travis and I applied together because we thought we would be a really good fit as far as leading the girls,” Semann said, pointing to her time in the U.S. Marines and Holland’s experience becoming an Eagle Scout when he was in the Boy Scouts.

And while Semann will help oversee the troop, she said her ultimate role is to help train and guide the girls through the patrol process.