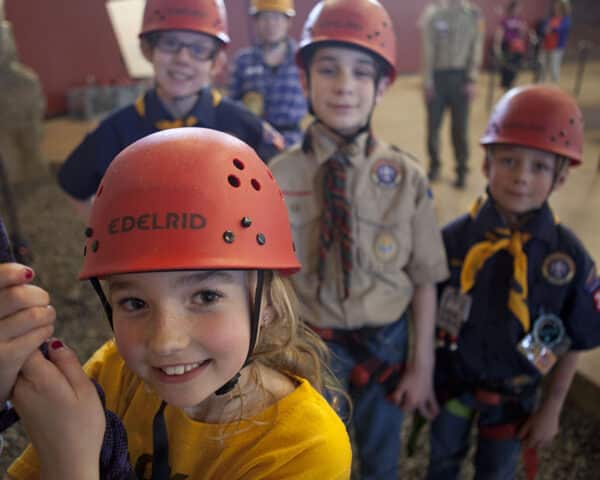 Family Scouting continues to grow! In 2018, girls were able to join Cub Scouts, and we ended the year with 1,754 girls in Cubs, or about 10% of our Cub membership.

On February 1, young women were able to register in Scouts BSA. As of April 9, we had 33 troops for girls in Scouts BSA in Northern Star Scouting, and over 250 young women registered in these troops.

Of these 33 troops, several have already had a Court of Honor, and we have heard that numerous merit badges and badges of rank have been handed out. And, 17 of these 33 troops are already signed up to attend a Scout summer camp at either Many Point Scout Camp or Tomahawk Scout Reservation.

Several young women have already been selected for and are registered for one of our Grey Wolf (our National Youth Leadership Training) courses to be held this summer. And, we have also learned that at least four young women have been elected in to the Order of the Arrow by their troop. Those elected will have the opportunity to participate in an upcoming Order of the Arrow weekend.