District M is very pleased to recognize two very deserving leaders with the District Award of Merit award recognition. They will be recognized at the Council Recognition Virtual Event on Saturday, March 20th.

Kevin Dietz:  Kevin joined District M from Crow River legacy District.  He has served as a volunteer in many different positions, including serving as a Cub Scout leader and Scoutmaster.  For Crow River District, he served as FOS District Chair, a Super Nova Mentor and as a Unit Commissioner.  When the districts were realigned, Kevin continued to serve as a Commissioner Coach for District M and also serves as a very active Assistant District Commissioner,  and oversees legacy Crow River units.  Kevin has been very active in training and served on Wood Badge staff.  He also was part of a Northern Star Scouting team involved in developing the new Unit Commissioner training curriculum and participated as a facilitator in presenting this training to the District M Commissioner team.  Congratulations Kevin.

Jeff Jurek:   Jeff has continued his involvement in scouts since youth when he worked as a CIT at Many Point and became an eagle scout.  Jeff is a Vigil member of the OA. Since joining Cub Scouts as an adult leader, Jeff has served as Cubmaster and worked to recharter Troop 3477 and took  over as Scoutmaster.  During COVID Jeff has worked hard to make the scouting experience meaningful for both pack and troop.  He has become a master of virtual resources, putting together pack bi-weekly meetings that add valuable programming.  For the troop Jeff created the “Scouter Jeff” YouTube channel that is featured on our District M Facebook page.  Jeff has brought meaningful virtual camping and program experiences to his troop during COVID providing excellent programming for the scouts. Congratulations Jeff. 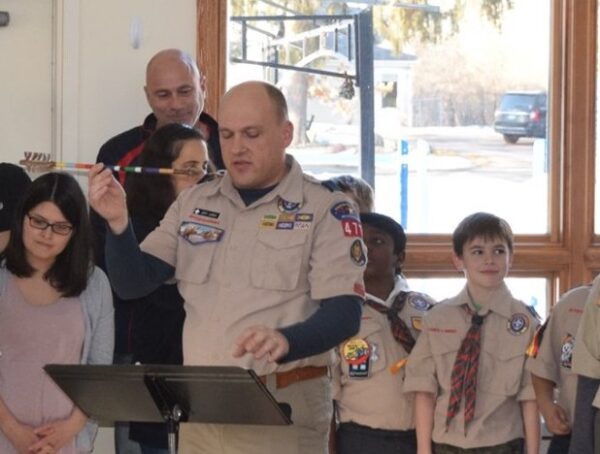