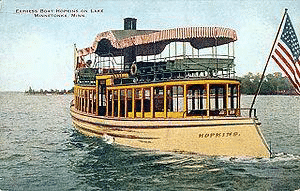 Objective was to video document the Hopkins shipwreck and possibly other streetcar boats and the Side-wheeler. We have chosen the Hopkins to videotape to create a 3D version of the shipwreck for public view. Photo Mosaic Project

We filmed the wreck early last spring and we have a partial 3D model of the wreck but need additional footage to complete the project, so on February 16th seven divers met at Carson Bay public access to start the rough 1 ½ mile trek through 12 to 18 inches of snow to the North side of Big Island were the Hopkins was laid to rest in 1949. We used GPS to pinpoint the location of the shipwreck that lays in 60 feet of water, after cutting through 30 to 36 inches of ice and setting up the two folding ice houses the first diver team submerged. Shipwreck hunter Ken Merryman was on the first team to film this wreck for finishing his photo mosaic work (3-D modeling) of the Hopkins while the water clarity was still good. Find the earlier 3-D model at http://strib.mn/2DUp7yh

In 1906 the Twin City Rapid Transit Company (TCRT) constructed six “Express Boats” that can stop at twenty-seven different landing around the lake. Designed by Royal C. Moore of Wayzata, the vessels are seventy feet long, fifteen feet wide, and resemble TCRT’s streetcars in every detail down to the yellow and red color scheme. They were all named after popular Twin Cities streetcar stops; Como, Harriet, Hopkins, Stillwater, White Bear, Minnehaha, but after while they were nicknamed the “streetcar boats.”

Between 1906 and 1926 the streetcar boats provided a fast and reliable form of transportation for Lake Minnetonka residents, operating on an hourly schedule along four different routes. The amazing design of the big yellow wooden boats sliced through the water efficiently even in choppy water. They were powered by a quiet two ton triple expansion steam engine.

After 1921 their success came to an abrupt end. With the automobile being more affordable for average people, and many of Lake Minnetonka’s residence stopped riding the streetcar boats. Finally, in 1926 all steamboat service on Lake Minnetonka was discontinued, and three of the streetcar boats were scuttled in deep water, three are scrapped, and one of the boats, the Hopkins was sold to railroad tycoon James J. Hill and used as an excursion boat until it, too, was scuttled in 1949.

After sending dive teams down two at a time, having lunch on the lake, and some of the teams doing multiple dives it was time to pack up and head off the lake. I want to thank GLSPS President Phil Kerber for providing the warm portable ice house shelters and having a snowmobile at the site for scuttling a photographer from the Minneapolis Star/Tribune newspaper and a cameraman from KARE11 news to and from the 1 ½ mile trip to and from Carson Bay. 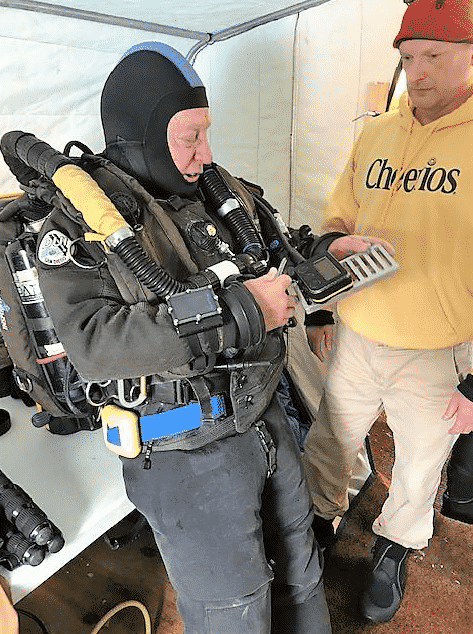 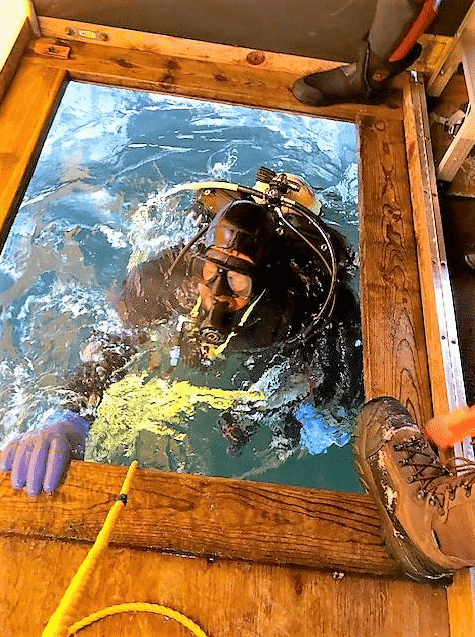 Steve, last one out

Steve, last one out 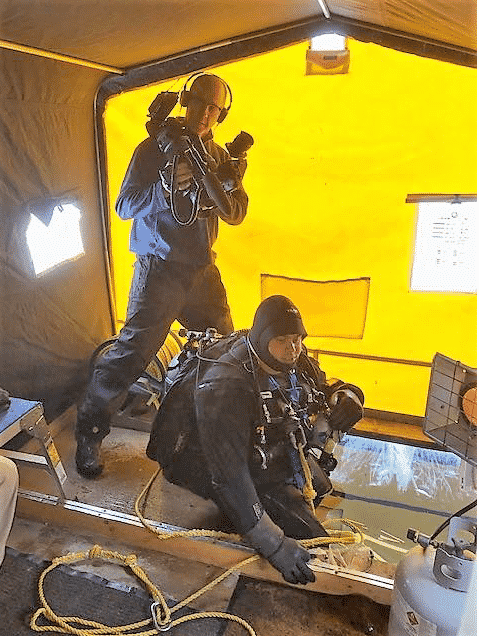 Andrew, ready to go down

Andrew, ready to go down 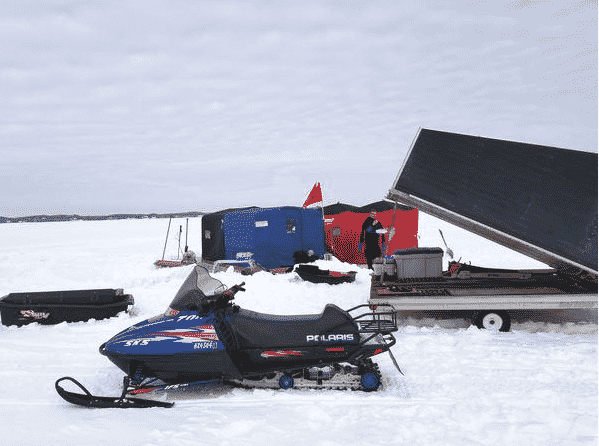 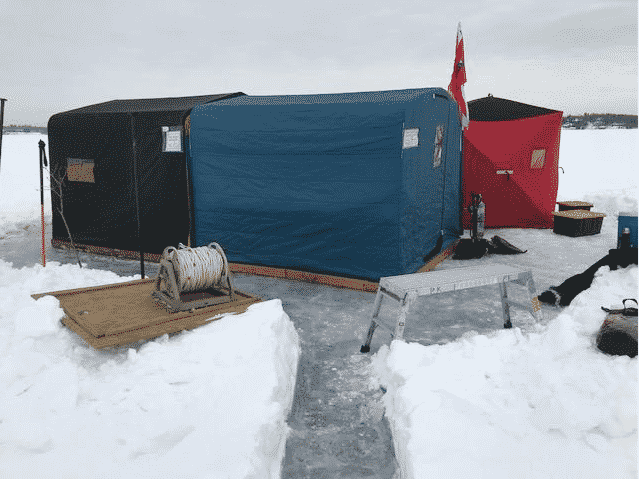 Phil cutting through 30 inches of ice

Phil cutting through 30 inches of ice 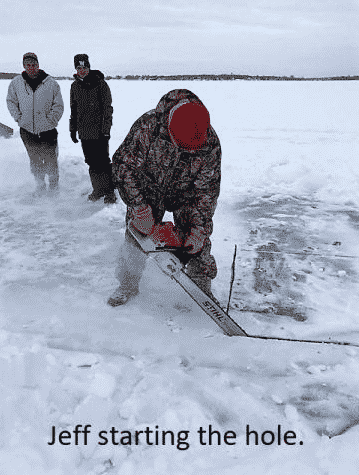 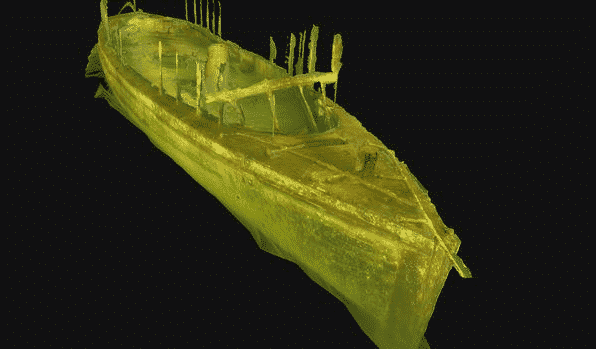 To see the full 3-D model of this 70 foot shipwreck taken this past spring, go to http://strib.mn/2DUp7yh

For more information on other important projects GLSPS works on, or to join our nonprofit
organization, go to; www.glsps.org